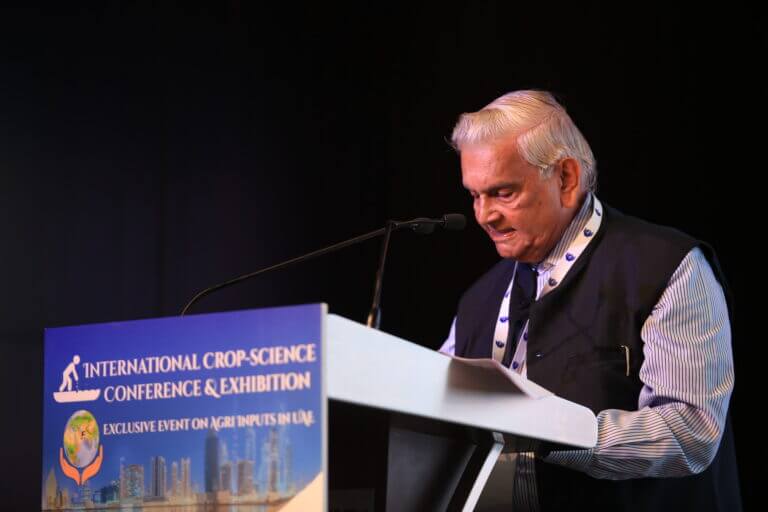 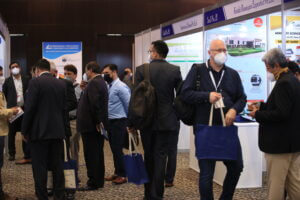 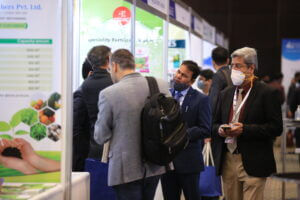 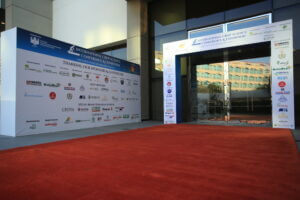 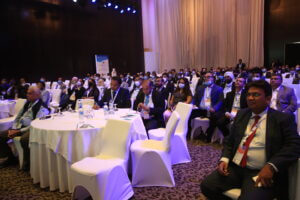 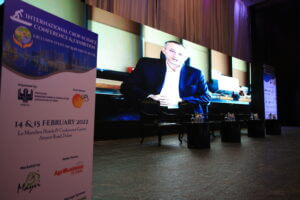 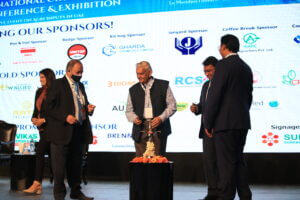 The two days’ event made an auspicious beginning with warm welcome address by PMFAI President Mr. Pradip Dave. ICSCE is an international platform for Agrochemical/Pesticide companies to develop strategic and sourcing relationships with international pesticide companies and to get updated on current trends in Agrochemical market. ICSCE is an annual international event organized by PMFAI to improve the health of Generic Pesticide Industry and to bring the researchers in the field of agriculture, pesticide manufacturers, agrochemical traders and allied industry under one roof. ICSCE provided opportunity for business expansion by way of joint ventures, bilateral trade, sub-contracting / contract manufacturing and distribution and networking opportunities for buyers and sellers to benefit mutually.

ICSCE 2022 Dubai organized coinciding with Dubai Expo by PMFAI was the first international physical event for Global Agrochemical and allied sector, which witnessed participation of delegates from across the globe.

The event hosted renowned pesticide scientists and industry experts, who gave presentations on various important topics, brief details of which are as given below:

The Award Function was followed by entertainment program, cocktails and dinner reception. 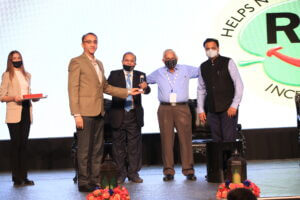 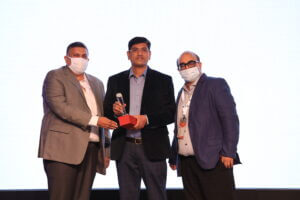 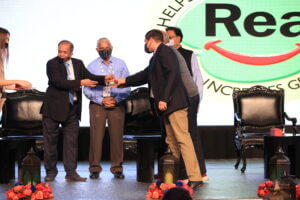 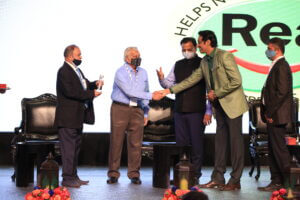 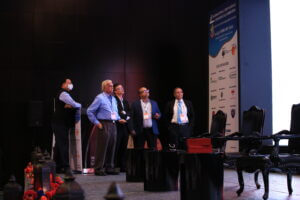 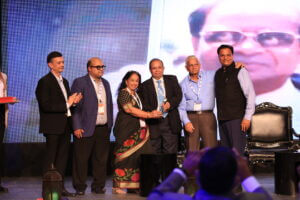 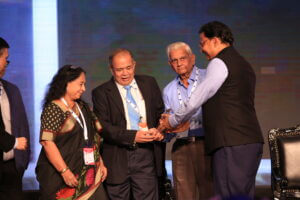 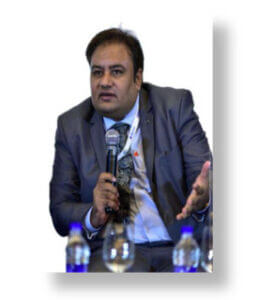 He will be focussing on
▪ Promotion of ‘Make in India’
▪ Promotion of Safe food
▪ Implement the PMFAI vision to promote “Doubling Farmers Income”
▪ Outreach to various stakeholders
▪ Interface of Insecticide Act, 1968 and other Govt policies
He is bringing 12 years rich experience of handling Indian Regulatory Affairs as well as Pesticide Research & Development. He won National Level Award for Industry Development & Corporate Social Responsibility at 50th National Leadership Summit & Awards-2019. He holds PhD degree in Agriculture Entomology from GBPUAT, Pantnagar. 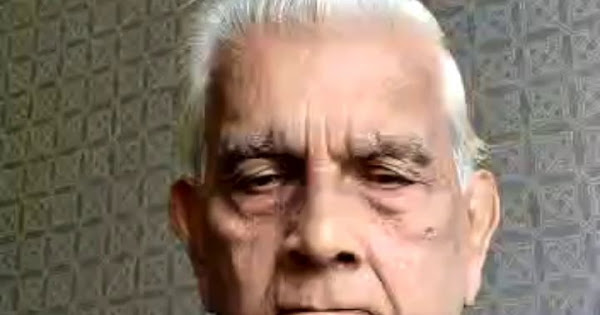 Posted on May 26, 2020 by PmfaiIndia
Locust Invasion in India Pesticides used to Control ,Government of India banning all Generics Pesticides used in irridigatig to control Locust.God gives Wisdom to Minister of Agriculture to Withdraw Gazate Notification of 14/5/20

Locust Invasion in India Pesticides used to Control ,Government of India banning all Generics Pesticides used in irridigatig to control Locust.God gives Wisdom to Minister of Agriculture to Withdraw Gazate Notification of 14/5/20 pic.twitter.com/bAyfEn2LTS

23nd May 2020, New Delhi: The Government on 14th May 2020, released a draft order proposing to ban a list of 27 insecticides. The reason for the proposed ban in the draft order said that the molecules are a risk to human being and animals.

The draft order stated that the proposed ban will be taken into consideration after the expiry of a period of 45 days from the date on which the copies of the Gazette of India containing the order are made available to public.

The order also stated that any objections or suggestions received within this period of 45 days will be considered by the Central Government.

He mentioned “In 2013, Verma Committee had placed 66 products from generic pesticides under review. Out of these 66 products, 34 were shortlisted of which 9 were banned in 2019. Of the balance, data was collected by the Government of India on 27 products from manufacturers in an amicable way and hence the gazette which came out was a shock to the industry.”

“These generic products proposed to be banned have a market size of 40-50bn INR and are being used for the last 3-4 decades by the Indian farmers without any complaints unless misused. Indian manufacturers have been supplying these products worth 35bn INR to the domestic market and balance is exported”

Indian Industry and the proposed ban
Talking about the Indian industry and the proposed ban, he says “Indian Pesticide industry is worth over 400 bn INR of which domestic consumption is 180 bn INR, balance being exported from India. MNCs are unable to gain market share in the Indian market and hence the gazette is a likely a conspiracy by MNCs to bring readymade imported pesticide formulations in to the county.”

“Many MNC products are being held up because of the domestic industry’s suitable pricing and high quality. Price of replacement products will be 3-6X higher than existing Indian products. This will be an added burden on the Indian farmers. Many organophosphorus compounds cost Rs 500/ ltr which will be replaced with imports which are far more expensive.”

“Similar situation occurred in the past in which the industry opted for legal recourse. PMFAI (Represents India’s Pesticide Manufacturers, Formulators and Traders) will be making a presentation to the ministry and asking the court for relief.”

“Within 45 days of gazette, the industry has to make a representation which if ignored, they can opt for legal recourse. Last time when a representation was made, 9 molecules were banned out of a list of 34 molecules. Typically bans are enforced in a phased manner globally.”

Mr. Dave adds, “India is the largest manufacture of Mancozeb (500,000 MTPA) and Choloropyrifos. This proposed ban is not going to result in any incremental investment by MNCs in India.”

The timing of the gazette is precarious in nature given the uncertainty and preoccupation with the Covid-19 crisis in the country. Without any findings being disclosed to the industry, the proposed ban is both shocking and unfair. Further more it is contradictory to the spirit of “Atmanirbhar” and “Make in India” initiative which the government has been speaking about.

END_OF_DOCUMENT_TOKEN_TO_BE_REPLACED

The FAO International Code of Conduct on Pesticide Management 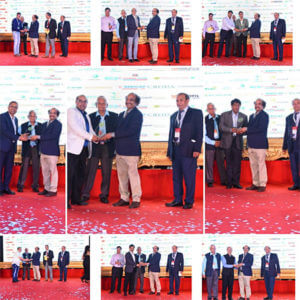 END_OF_DOCUMENT_TOKEN_TO_BE_REPLACED

PMFAI had filed cases in Hon’ble Gujarat High Court in the year 2011 (being SCA Nos. 2530 of 2011 & 7928 of 2011) against the policy guideline on “Imports of readymade Pesticide Formulations without registering its Technical Grade Pesticides”. END_OF_DOCUMENT_TOKEN_TO_BE_REPLACED 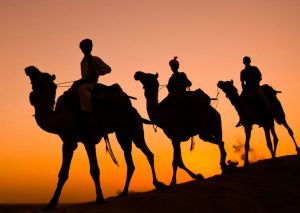